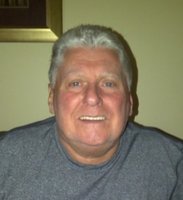 Henderson, Joseph P., 71, died on Sunday, August 11, 2019.  Mr. Henderson was born in Jersey City and lived most of his life in Lyndhurst.  He was a Army Veteran who served during the Vietnam War.  He was a Machinist for Ragen Precision of North Alington for many years before retiring.  Joseph is survived by his beloved wife of 50 years, Shirley ( nee Leonte), by his loving sons, Joseph Peter Henderson & his wife, Patricia and Brian Henderson & his wife, Danielle, by his dear grandchildren, Riley, Regan, Reese and Matthew.  He is also survived by many nieces, nephews and friends.

Realatives and friends are invited to  attend the visitation held at the Nazare Memorial Home Inc., 403 Ridge Road, Lyndhurst on Tuesday, August 13, 2019 from 4 to 8PM.  All will gather at the funeral home on Wednesday, August 14, 2019 at 9AM then to Our Lady of Mount Carmel Church, where at 10AM a Funeral Mass will be offered.  Interment, Holy Cross Cemetery, North Arlington.  In lieu of flowers donations may be made in Joseph's memory to the Ameican Lung Association, PO BOx 10188, Newark, NJ 07101 or action.lung.org