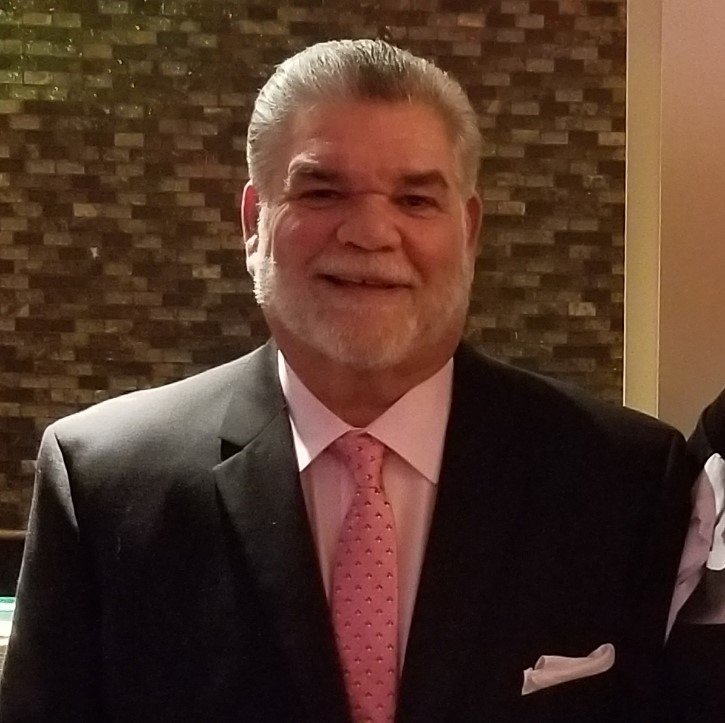 Frank C. Monaco, 64, died on Tuesday, December 31, 2019.  Frank was born in Hackensack, raised in Lyndhurst and graduated from Lyndhurst High School in 1973.  He worked as a Car Painter for his parents business, Plaid Motors, of Lyndhurst. and was a member of the Lyndhurst Fire Dept., Engine Co #3 (1976-1983).  He along with his father, John and grandfather, Frank were part of the Sportmans Club of Lyndhurst, Hunting and Fishing Club. Frank always had a passion for cooking and in 1988, he moved to Georgia, where he was a chef for several restaurants. In 2000, he returned home to Lyndhurst and worked for Sanborns Catering, North Arlington for years before finally opening his own place, Big Frank's Homestyle Kitchen, Deli and Catering of  North Arlington.  He enjoyed his customers, from his big catering jobs to the daily lunch run of the high schoool students and was very proud of his extensive collection of nutcrackers. He loved Christmas and would display his nutcracker collection every holiday season.  In December of 2018, he was featured in the Living Section of the Record Newspaper and also in a live feed on nj.com.  Frank loved being with his family, especially, boating and fishing at the Jersey Shore. Frank was predeceased by his father, John F, Monaco, Sr. (2016) and by his brothers, Robert C. Monaco (2007) and Charles R. Monaco (2002).  He is survived by his loving children, Ilissa and Keith Benjamin, Frank Monaco, Jr., by his dear grandchildren, Kaitlynn Benjamin, Charles Benjamin, Leonardo Monaco and Kira Adams.  He is also survived by his beloved mother, Hilda (nee Tiago) Monaco, by his brother, John F. Monaco & his wife, Theresa, his sister, Robyn Piserchia and his nephew and niece, John Monaco III and Raychel Piserchia.

Relatives and friends are invited to attend the visitation held at Nazare Memorial Home, Inc., 403 Ridge Road, Lyndhurst on Friday, January, 3, 2020 from 4 to 8 PM.  All will gather at the funeral home on Saturday, January 4, 2020 at 9AM.  Then to Sacred Heart Church, Lyndhurst where at 10:30 AM a funeral mass will be offered.  Interment, Holy Cross Cemetery, North Arlington

Share Your Memory of
Frank
Upload Your Memory View All Memories
Be the first to upload a memory!
Share A Memory
Send Flowers