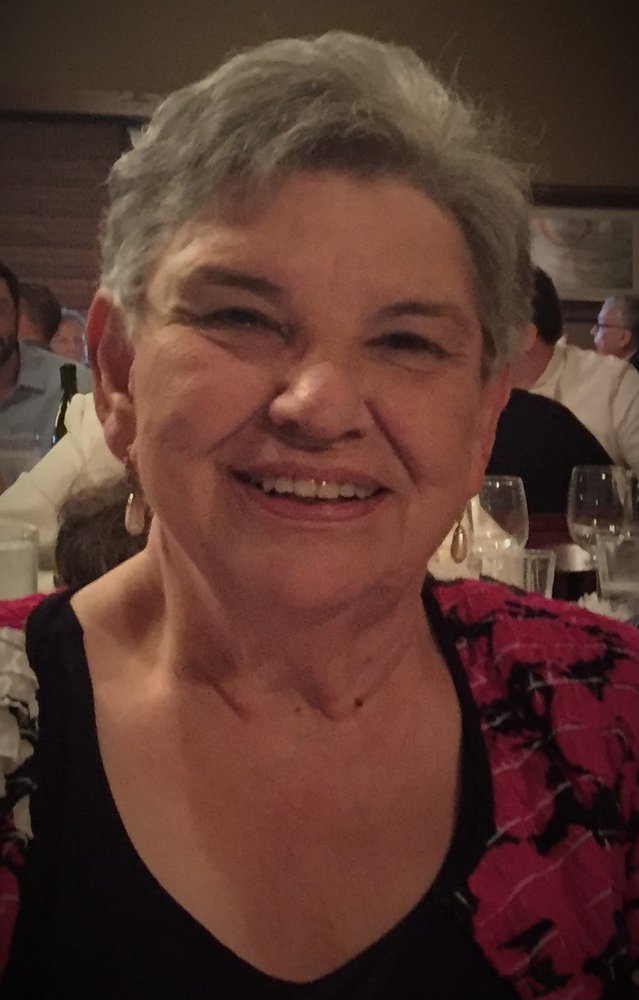 Rose Agnolet, 81, of Lyndhurst, NJ, reunited with her family in heaven on Tuesday, December 8th, as she began the next leg of her life’s journey, following complications she suffered from a recent stroke.

Rose was born at home in Bayonne, New Jersey, on November 15, 1939, the youngest child and only daughter of the late Agostino and Pasqualina (Siciliano) Lorio.  Her parents had immigrated to America from Calabria, Italy in 1926. Fluent in Italian and English, Rose graduated from Bayonne High School in 1959 and began working as a Secretary in the Jersey City, New Jersey, office of the Internal Revenue Service where she won awards for service.  She retired in 1996 after taking a hiatus to raise her family.  It was at the IRS that Rose met Richard (Dick) Agnolet while bowling in an inter-office league.  They were married at St. Vincent’s Church in Bayonne on October 10, 1964.  Rose is survived by her husband of 56 years and her three children, Jacqueline Agnolet of Nutley, New Jersey, Jeanine Agnolet-Rado and husband David of Hopewell Junction, New York, and Richard F. Agnolet and wife Patricia Ann of Long Valley, New Jersey.  More than anything, Rose cherished her five grandchildren, Juliana, Isabella, Natalia, Gabriella and Dante as well as her newly adopted Golden Retriever, Riley.  Rose is also survived by her sisters in-law, Lou and Barbara Lorio as well as many loving nieces and her nephews.  She is predeceased by her brothers, John Lorio, his son, John H. Lorio, Leonard Lorio as well as Joseph Lorio, who died in the Korean War in 1953.

A long-time parishioner of Sacred Heart Church in Lyndhurst, Rose was known as a kind and generous soul, who epitomized the spirit of volunteerism.  She served as a parish Eucharistic Minister for many years and chaperoned at one of the region’s earliest known support groups for adults with developmental disabilities.  She was the PTA President, the Class Mother, the Girl Scout Troop Leader, the Den Mother, the dream-keeper, the caretaker of her aging parents, the mother of all mothers and a Mom to so many neighbors, co-workers and complete strangers.  Rose didn’t think twice about driving home a struggling senior from the supermarket and was the fun-loving “chauffeur” with whom every kid at school wanted to hitch a ride home—with music blaring in her big, bright blue, Buick station wagon.  Rose was most well-known as a master baker, who adored all things sweet.  Famous for her legendary cream puffs, which earned her the title, “Cream Puff Lady,” Rose also churned out thousands of homemade Christmas cookies each year, so close to perfection, they could make Martha Stewart uneasy.

A loving wife, mother, sister, aunt, neighbor, co-worker and friend--and a woman of great faith--Rose leaves behind a legacy of undying love, generosity and compassion.

Relatives and friends are invited to attend the visitation at Nazare Memorial Home, Inc., 403 Ridge Road, Lyndhurst, NJ on Saturday, December 12, 2020 from 9:00 AM - 10:45 AM then to Sacred Heart Church, Lyndhurst where at 11 AM a funeral mass will be offered.  Entombment, Holy Cross Chapel Mausoleum, North Arlington.  In lieu of flowers, Rose's family requests donations be made in her memory to St. Jude Children's Research Hospital, 501 St. Jude Place, Memphis, TN 38105 or online by clicking here or Community Hospices of America Foundation, 500 W. Chestnut Expressway #447, Springfield, Missouri 65801 or online by clicking here.

Share Your Memory of
Rose
Upload Your Memory View All Memories
Be the first to upload a memory!
Share A Memory
Send Flowers
Plant a Tree