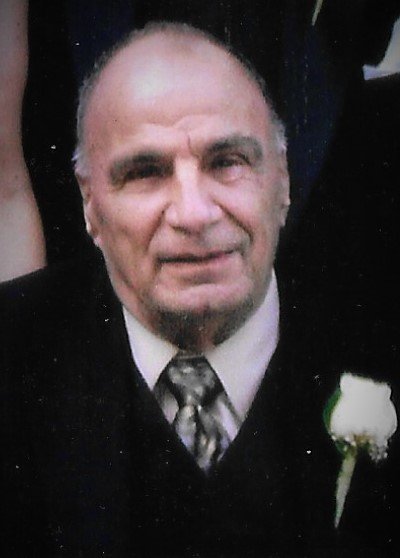 Cinardo, Virgineo “Gino”, 97, died on Sunday, February 7, 2021, surrounded by his family.  Mr. Cinardo was born and raised in Lyndhurst and lived in Harrison for over 60 years.

As part of the “Greatest Generation”, Gino enlisted in the US Army Air Corp during World War II.  While in training and at the prompting of his older brother, already a combat veteran, he transferred to the infantry.  Gino served with the 99th Infantry Division nicknamed the Battle Babies, because of their young ages.  He fought in the Battle of the Bulge where his unit fought hard in close, heavy combat.  The 99th pushed into Rhineland across Remagen Bridge and went on to liberate concentration camps at Dachau and Werl.  It wasn’t until some time in 2012 that we learned he received the Purple Heart and had been awarded two Bronze Stars.   After the war, Gino, was a machinist for Severna Co. of Roseland for over 25 years when he retired in 1989.  He was the President of the Marconi Fraternal Association, and the Kearny Men's Club and most proud of participating as Grand Marshall of the 1992  Kearny’s Columbus Day Parade.

Gino is predeceased by daughter- in-law, Patricia Cinardo, by his son, John T Cinardo both in 2020 and by his beloved wife of 66 years, Jane M (nee Marrazzo) Cinardo in May of 2019.  He is survived by his loving children, Donna Marco & her husband, Marino, Michael Cinardo and Vincent Cinardo and his wife, Joselia, by his dear grandchildren, Lisa, Michele, Michael, Olivia, John Jr., Marisa, David, Dana, Vincent,  Dylan; his great grandchildren, Andrew, Jonathan, Ethan, Ava Grace, Nicholas, Lily, and Hannah

Relatives and friends are invited to attend the visitation held at Nazare Memorial Home Inc., 403 Ridge Road, Lyndhurst on Thursday, February 12, 2021 from 9AM-10:15AM.  Then to Sacred Heart Church, where at 10:30AM a funeral mass will be offered.  Interment, Holy Cross Cemetery, North Arlington.  In lieu of flowers donations may be made in Virgineo’s memory to the Wounded Warriors Project @ www.woundedwarriorproject.org.  Please express condolences to Virgineo’s family by using our tribute wall.

Share Your Memory of
Virgineo
Upload Your Memory View All Memories
Be the first to upload a memory!
Share A Memory
Send Flowers
Plant a Tree