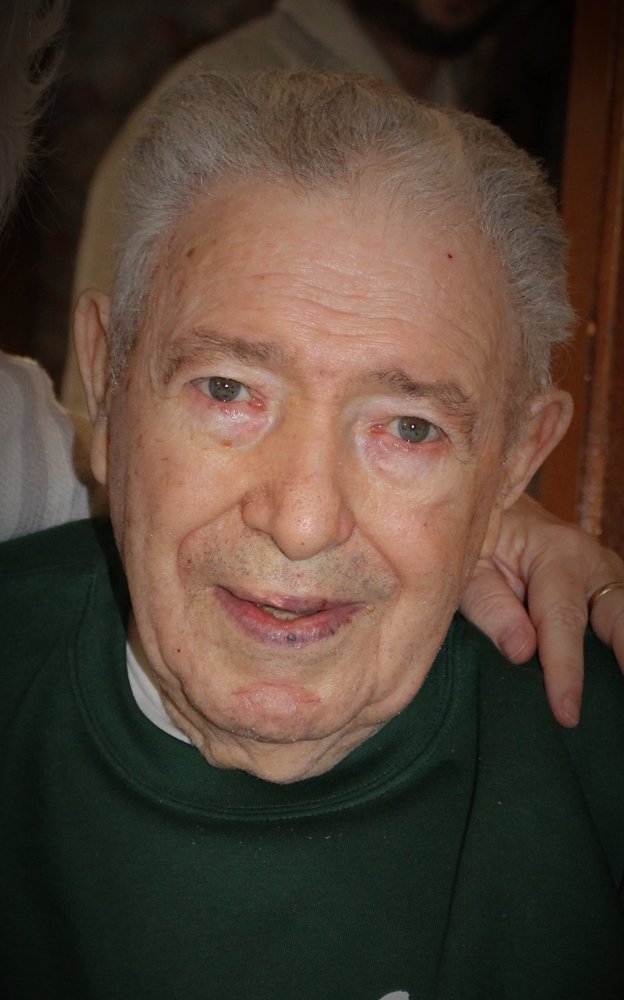 Please share a memory of Vito to include in a keepsake book for family and friends.
View Tribute Book

Dacchille, Vito, 91, was called home by the Father on Saturday, April 3, 2021.  Mr. Dacchille was born in New York City in 1929 and later returned to Italy to his family where he was raised and was educated. At age 19,  Vito returned to the US and was drafted into the Army, where he proudly served from 1951 to 1953 and was honorably discharged as a Corporal. He was employed as a stainless steel heavy machine operator for most his working career.  After retiring, he continued working as a consultant in this same industry.  As a resident of North Bergen NJ since 1959, he spent a number of years working as a crossing guard, delighted to work with youngsters into his golden years. He also was compassionately dedciated to his gardening, forever generous with his gardening yields.  He continued these activities with dedication until he succumbed to Parkinson's. Vito is survived by his beloved wife Grace (nee Battista), his childhood sweetheart, married for over 66 years.  He was a devoted father and is survived by his sons, Joseph & Margaret and Rocco and Gina, by his grandchildren, Cristina & Jeremy Freeman, Joseph & Christine Dacchille and Philip Dachille, who were his pride and joy.  Also by his great grandchildren, Joseph Andrew, Samuel Robert and Olivia Grace, who were the jewels of his life.

Relatives and friends are invited to attend the visitation held at Nazare Memorial Home Inc., 403 Ridge Road, Lyndhurst on Thursday, April 8, 2021 from 4 to 8PM.  All will gather at the funeral home on Friday, April 9, 2021 at 9:30AM, then to Sacred Heart Church, where at 10:30AM a Funeral Mass will be offered.  Entombment at Holy Cross Cemetery to be private. In lieu of flowers, donations can be made in Vito's memory to St. Jude Children's Reseach Hospital, P.O. Box 1000, Dept. 142. Memphis TN 38148-0142. Please express your condolences to Vito's family by using our Tribute Wall.

Share Your Memory of
Vito
Upload Your Memory View All Memories
Be the first to upload a memory!
Share A Memory
Send Flowers
Plant a Tree