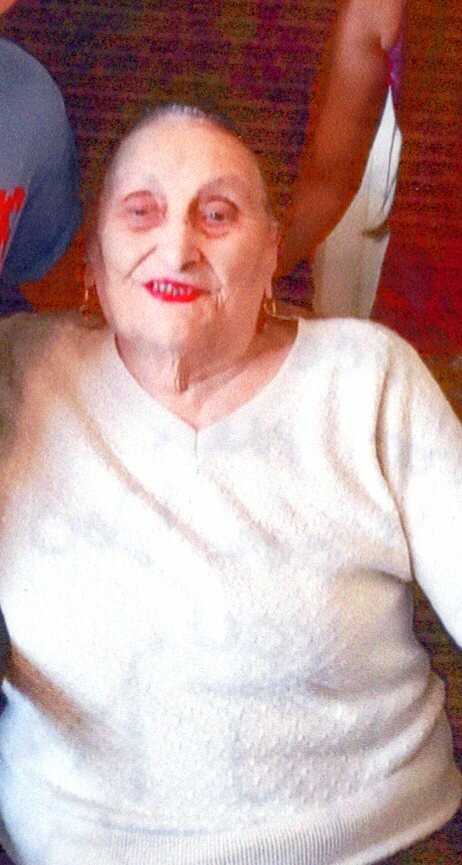 Obituary of Theresa A Polifrone

Please share a memory of Theresa to include in a keepsake book for family and friends.
View Tribute Book

Theresa A. Polifrone (nee Bongiovanni), 104, died peacefully on September 27, 2021. Theresa was born and raised in Jersey City, married, Victor Barbito, where they raised their two sons, William and James Barbito.  She was the owner and operator of Bambi's Italian Kitchen, until her husband became ill.  Where, with her sisters help, she bought a food truck, "Theresa's" that sat at the mouth of the Holland Tunnel for a number of years, before helping open the Jersey City, flagship store, Two Guys all in Jersey City.  In 1977, 16 years after Victor died, she, met and married, Michael Polifrone and settled in North Arlington.  Throughout her life, Theresa's passion was cooking, in retirement, she continued what she did best.  In North Arlington, She would host  a "block party", every year, cooking italian food for the neighborhood, the police, the mayor and most of town would show up.  In her youth, she was an avid rollerskater, but age never stopped her, well into her 70's and 80's, Theresa donned her skates.  She survived 2 surgeries for fractures at the age of 89. She never "believed" her age, it was only a number to her.  Theresa is predeased by her beloved husband, Victor Barbito in 1963 and her beloved 2nd husband, Michael Polifrone in 2016, by her son, William Barbito in 2020, step-son, Daniel Polifrone.  She is survived by her son, James Barbito & his wife, Barbara, step-son, Michael Polifrone & his wife, Nancy, step-daughter, Michele Polifrone, by her dear ten grandchildren and 20 great grandchildren.

Relatives and friends are invited to attend the cryptside service held at Holy Name Cemetery and Mausoleum, 823 West Side Avenue, Jersey City. on Tuesday, October 5, 2021 11:15am.  Service begins 11:30AM.  Kindly omit flowers and share your condolences to Theresa's family,  here on our tribute wall.

Share Your Memory of
Theresa
Upload Your Memory View All Memories
Be the first to upload a memory!
Share A Memory
Send Flowers
Plant a Tree