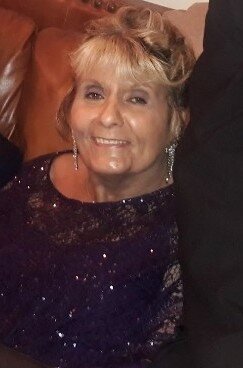 Guenther, Roseann T., (nee Dell'Olio) 73, died on Wednesday, February 23, 2022. Roseann was born and raised in the Greenwich Village neighborhood of New York City and moved to Lyndhurst at the age of 18. Shortly after, she was introduced to the love of her life, Charles Guenther, by way of a blind date arranged by mutual friends.  Their cherished union lasted for more than 42 years.

For many years, Roseann was an attentive, dedicated stay-at-home mom who raised two children, Lisa and Charlie.  She later would serve as a classroom aide for both the Lyndhurst and North Arlington school systems until her husband’s illness in 2011.  Throughout her life, she selflessly devoted herself to her parents, her husband, her children, and her beloved grandchildren.  Though the family deeply grieves her death, they find some solace in knowing she is finally reunited with her soulmate for eternity.

Roseann is predeceased by her beloved husband, Charles Guenther, who passed in January 2012.  She is survived by her loving children, Lisa Kasper & her husband Jason, Charles Guenther & his wife Maria, by her cherished grandchildren, Christian and Zachary Kasper and Seth Deter, by her brother, Peter Dell'Olio & his wife Anne, her nieces, Amanda and Ashley Dell'Olio and her brother in law, Richard Guenther and her niece, Kimberly Bogosian.

Relatives and friends are invited to attend the visitation held at Nazare Memorial Home, 403 Ridge Road, Lyndhurst on Monday, February 28, 2022 from 3 to 7 PM.  All will gather at the funeral home on Tuesday, March 1, 2022 at 9AM and then to Our Lady of Mount Carmel Church, where at 10AM a Funeral Mass will be offered.  Interment to follow, Holy Cross Cemetery, North Arlington.  You may express condolences to Roseann's family by using our tribute wall.

Share Your Memory of
Roseann
Upload Your Memory View All Memories
Be the first to upload a memory!
Share A Memory
Send Flowers
Plant a Tree